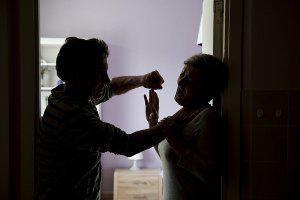 The issue of domestic violence continues to be a popular topic in national news. Many describe it as an epidemic, perhaps in part due to its inherent capability to reach broad bases of socioeconomic victims as well we perpetrators. Likely due in large part to the media attention this topic has received recently, data regarding domestic violence is being analyzed by experts on a frequent basis.

Statistically speaking, there are two very different sides to the story when it comes to matters of domestic violence. On one hand, states that incidents of domestic violence between romantic partners has dropped by about 60 percent since the mid-1990s, according to figures released by the Justice Department. However, that decrease has been essentially stalled since approximately 2004, with similar numbers holding constant for the past several years. It is estimated that approximately 1,000 “serious” violence incidents involving intimate partners were committed per day in 2013. Such incidents are defined as involving either sexual assault or aggravated physical assault.

The decline may be attributed to the 1994 enactment of the federal Violence Against Women Act. The legislation made stricter penalties for domestic violence offenders. It also provided more thorough training for law enforcements officers and acted to improve services available to victims. While the Act represents an important step in this area of law, it is interesting to note that all types of violent crime seemed to decline during this same time period, so it is difficult to say how much of a direct impact the Act had on incidents of domestic violence.

Many who work in the prevention field on behalf of domestic violence victims are at a loss as to why the numbers seem to be at a stand-still. A large number of victims’ organizations are reportedly struggling to keep up with demands, that also seem to be rising as of late in light of popular media stories focusing on domestic violence acts. Servicers say that it does not feel like the number are improving from a statistical standpoint.

On a positive note, many advocates of ending domestic violence see the media attention as an opportunity to spread public awareness about domestic violence that has not previously been available. It is their hope that some of the stigma surrounding domestic violence will be removed and that more victims will feel comfortable stepping forward. The concern remains, however, that even as awareness spreads and victims seek help, enough resources may not be made available to them to help address the issues they face.