Contribution to Nonmarital Property: What is It and How Can It Affect Me? 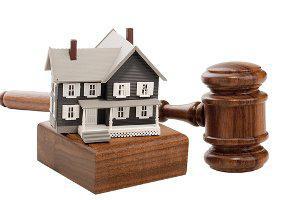 Aside from child custody issues, property division can be one of the most contentious issues in a divorce. Illinois courts apply principles of equitable distribution when determining which party should end up with what property at the end of the divorce. The first step during the property division process is generally classifying property as marital or nonmarital. The issue of contribution, however, can complicate this process during the very first step.

The issue of contribution in regards to property division involves the situation where one party adds value to a particular piece of property that the other spouse claims to be nonmarital.  Think of the following example:

The wife inherits her parents’ beautiful home in Naperville while single. Years later, the wife marries her husband and he moves into his wife’s inherited home. The husband, a carpenter by trade, makes substantial improvements to the home by remodeling the kitchen and basement. When the parties decide to divorce, the wife claims she should walk away with her home because it was inherited prior to the marriage and is therefore nonmarital.

What can the husband receive for his efforts? Is he out of luck? Illinois courts generally conclude that people like the husband should be reimbursed for their contributions.

First and foremost, a court would need to decide whether, in fact, this home should be considered nonmarital property, or whether something occurred that would warrant a change in the nonmarital status. Assuming the property is determined to be nonmarital, a court would then go on to determine whether or not the other spouse contributed to that property.

Property division is a serious matter in every divorce case that you do not want to take lightly.  If you believe there may have been contribution to a nonmarital estate during your marriage, you should contact the experienced DuPage County family law attorneys at Davi Law Group, LLC today to discuss how to proceed. Working with our skilled team of divorce lawyers is the best way to protect your assets and deal with all property division issues to your advantage.